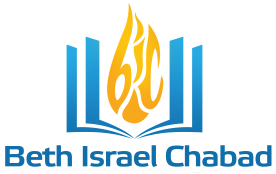 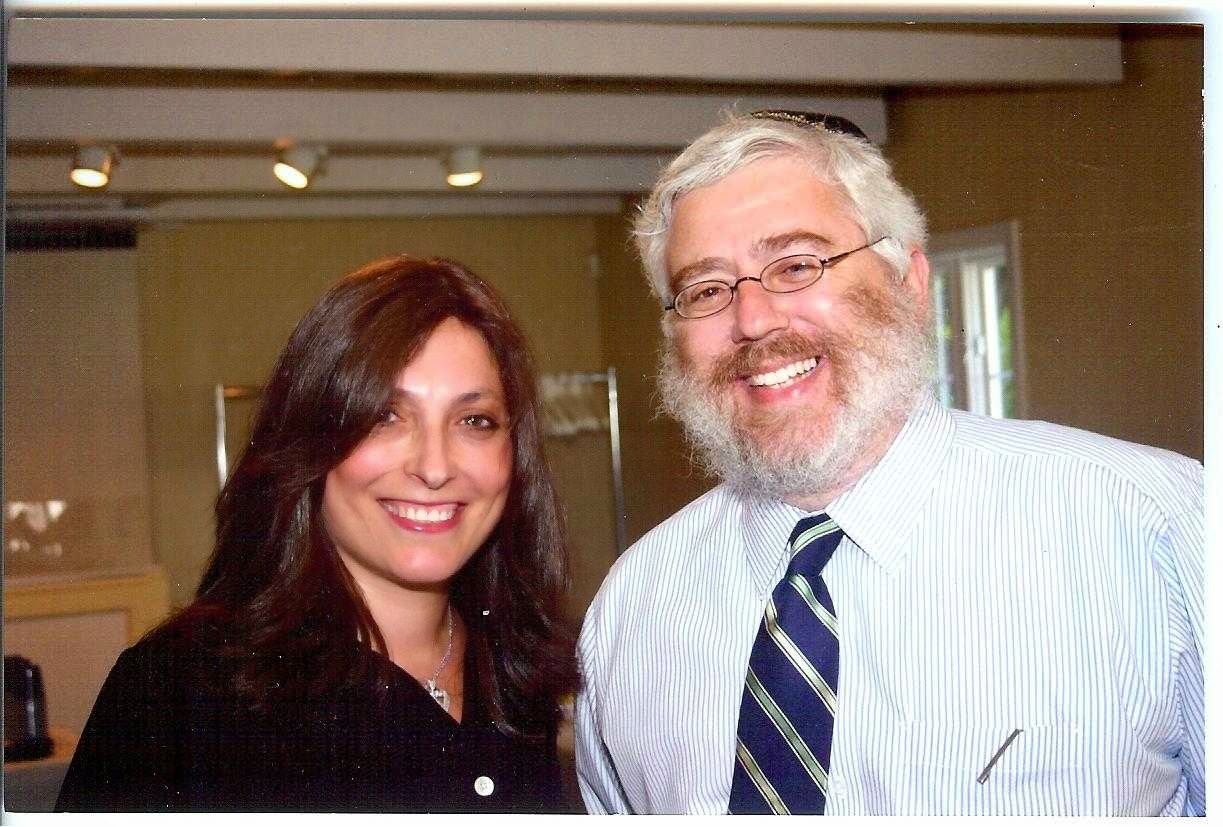 He is the emissary of the Lubavitcher Rebbe, Rabbi Menachem Mendel Schneerson, to the communities of Westport, Weston, Wilton and Norwalk, Connecticut.

His oratory, knowledge, intellect and charisma coupled with an engaging personality and sense of humor have endeared him to the greater Connecticut community. Rabbi Hecht is a popular speaker and lectures nationwide.

Rabbi  Hecht  received his  Rabbinical  ordination  from the  Central United  Lubavitcher Yeshiva  of  NY  and  his Dayanus - Rabbinical  Judgeship  from  the  Kollel  Institute  of  Advanced Talmudic Studies of Lubavitch, Brooklyn NY.

He is the President of the Rabbinical Council of Connecticut, and is Co-President of the Rabbinical Alliance of America and a member of the Rabbinical Council of America. Rabbi Hecht serves as the Jewish Chaplain to the Norwalk Police Department, Norwalk Hospital and area Senior Centers and Hospice.  He also serves  on  the  Advisory  Committee  for  the  Connecticut Chapter  of Focus  on  the Family.   He is a frequent columnist and spokesperson representing the Jewish community on domestic as well as international issues in the local and international media. Rabbi Yehoshua Hecht   is   often   a   featured   Columnist   in   the Jewish   Press, Algemeiner Journal, CT Jewish Ledger, Stamford Advocate, Arutz Sheva Israel International News among other publications.

He is married to Freida and they are the parents of eleven children.

Freida Hecht Nee Jacobson was born and raised in the Jewish community of Crown Heights, Brooklyn, New York. She married Rabbi Yehoshua Hecht of the illustrious Rabbinic Hecht dynasty in 1979. They are the parents of 11 children.

The name “Jacobson” is telling—the daughter of two great thinkers with tremendous passion and zest for life--her father, Gershon Jacobson (of Blessed Memory), the founder, editor and publisher of the Algemeiner Journal ( algemeiner.com) one of the largest circulation Yiddish-Anglo  weekly newspapers in North America along with her mother, Tzivia Jacobson, charismatic lecturer and Algemeiner Journal co-founder.

In 1984 Freida and her Husband Rabbi Yehoshua Hecht  were sent as the Lubavitcher Rebbe, Rabbi Menachem Mendel Schneersohn’s emissaries to establish a Chabad Lubavitch presence in Fairfield County Connecticut, specifically in Norwalk, Westport, Weston and Wilton.

Rebbetzin Freida is a teacher, speaker, and Founding Director of Beth Israel Chabad’s  Mommy and Me program, Aleph-Bet Preschool, Women’s Rosh Chodesh group, Weston/Westport Hebrew School and Circle of Friends for children, teens and young adults with special needs.  Her newest project is the establishment of the Crumb Together Kosher Bakery to train and employ young adults with disabilities in the bakery industry.

She has made extraordinary contributions towards enhancing the quality of Jewish life and increasing knowledge of our religious heritage.  Her activities provide new insight and appreciation of Jewish values and history, her inspired lectures and sense of humor have promoted greater understanding and ultimately, more widespread appreciation and practice of Jewish ritual, and her innovative programs accelerate the process of discussion and communication within the entire spectrum of the Jewish community—from the traditional and  to the unaffiliated.

Freida Hecht’s passion is to better the world.  Through her intelligence, hard work, persistence and example, Freida Hecht serves as a wonderful role model for students, colleagues, and the entire community. 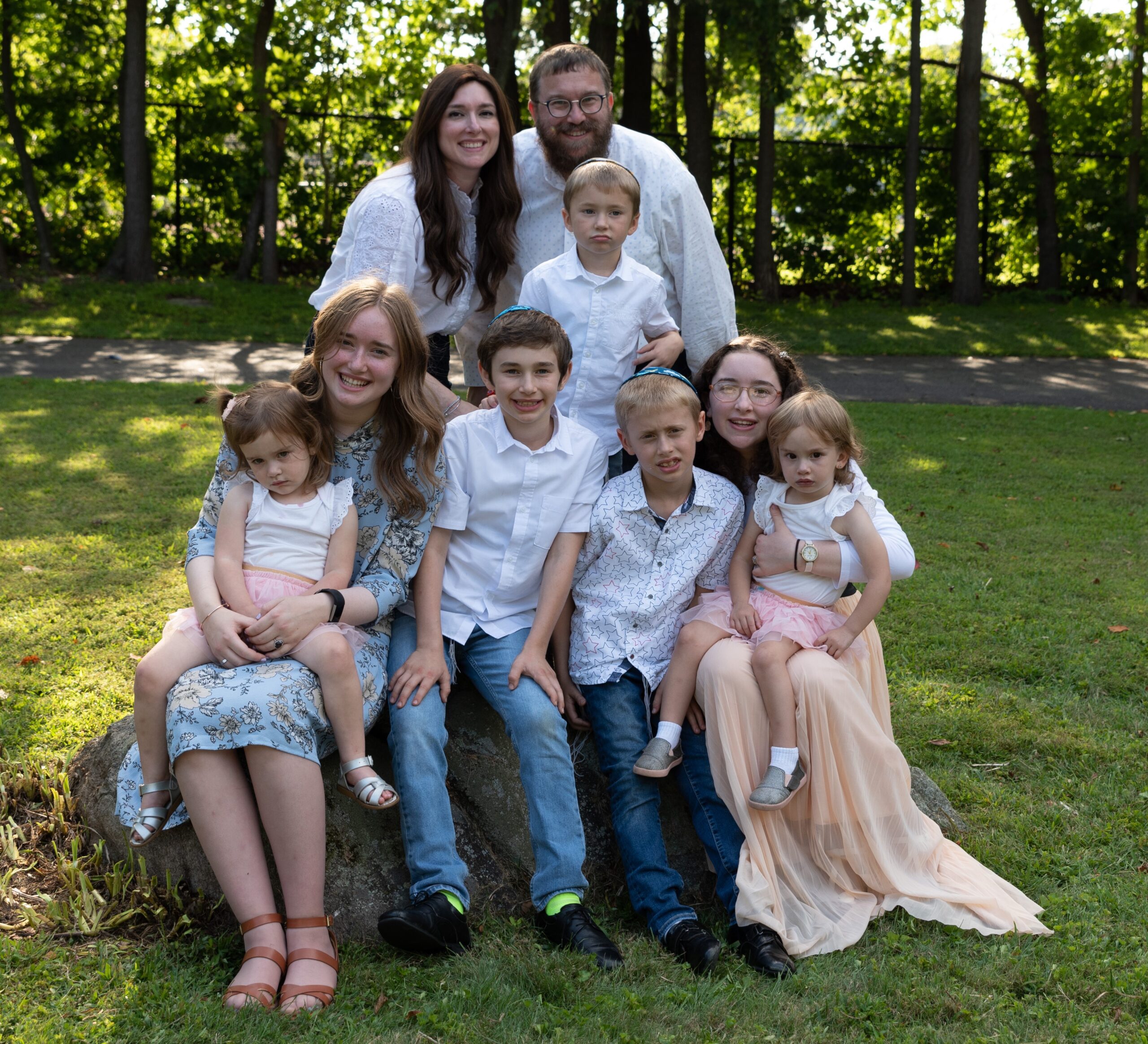 Rabbi Levi Stone was born in the Flatbush area of Brooklyn where he studied in the Central Chabad Lubavitch Yeshivah. He then received his Rabbinic ordination in 1997 from the Chief Chabad Rabbi of the Rabbinical Seminary in Kiryat Malachi, Israel.  Since then Rabbi Stone has practiced and interned as Rabbi in many cities throughout Eastern Europe such as; Kiel, Berlin, Magdeburg, and Hamburg, Germany. He also spent two years in Moscow, Russia helping to bring kosher food, Jewish education and religious services to the starved people of the former U.S.S.R.

In 1996 Rabbi Stone was special Programs Coordinator for Chabad of California where he worked diligently for two years on the very famous Chabad Lechayim to Life Telethon.

In 1999 Rabbi Stone helped open the city of Reno, Nevada to Judaism. There he spearheaded a mikvah building and a Synagogue which both flourish to this day.

He now serves as Executive Director of the Schneerson Center for Jewish Life, CT. He is also a chaplain in Norwalk Hospital, and Chaplain to the Weston Police Department and very active in the communities of Weston, Westport, Wilton and Norwalk, Connecticut.

Chanie Stone moved to Norwalk Connecticut with her family at the age of five. Post High School Chanie lived and studied in Tzfat, Israel where she received her early childhood and teacher training  and then moved to Brooklyn, NY where she  received her bachelors in Judaic Studies from Touro College in 2003 and currently studies towards her Masters in Psychology.

In 2005 together with her husband Levi and two daughters, Mushka and Leiba they joined WWWN community and moved to Westport near her family, where Rabbi Stone was appointed Executive Director of the Schneerson Center for Jewish Life, CT a Chabad organization. There Rabbi Stone and Chanie instituted many community programs such as Chanukah Across Town- Menorahs in each Westport, Weston, Wilton and Norwalk. The Jewish Town Herald Magazine, The Young Jewish Professionals Network, Jewish maternity Gift packs, Holiday programming and Community Lecture Series', Men's Teffillin Club on the go,  weekly torah classes and a sponsor of the Circle of Friends.

Together with their family they bring their love of Judaism to the WWWN community in hopes of enriching the lives of all they meet. 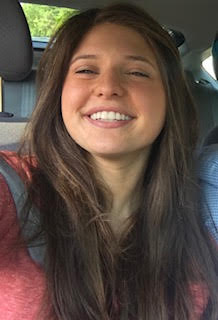